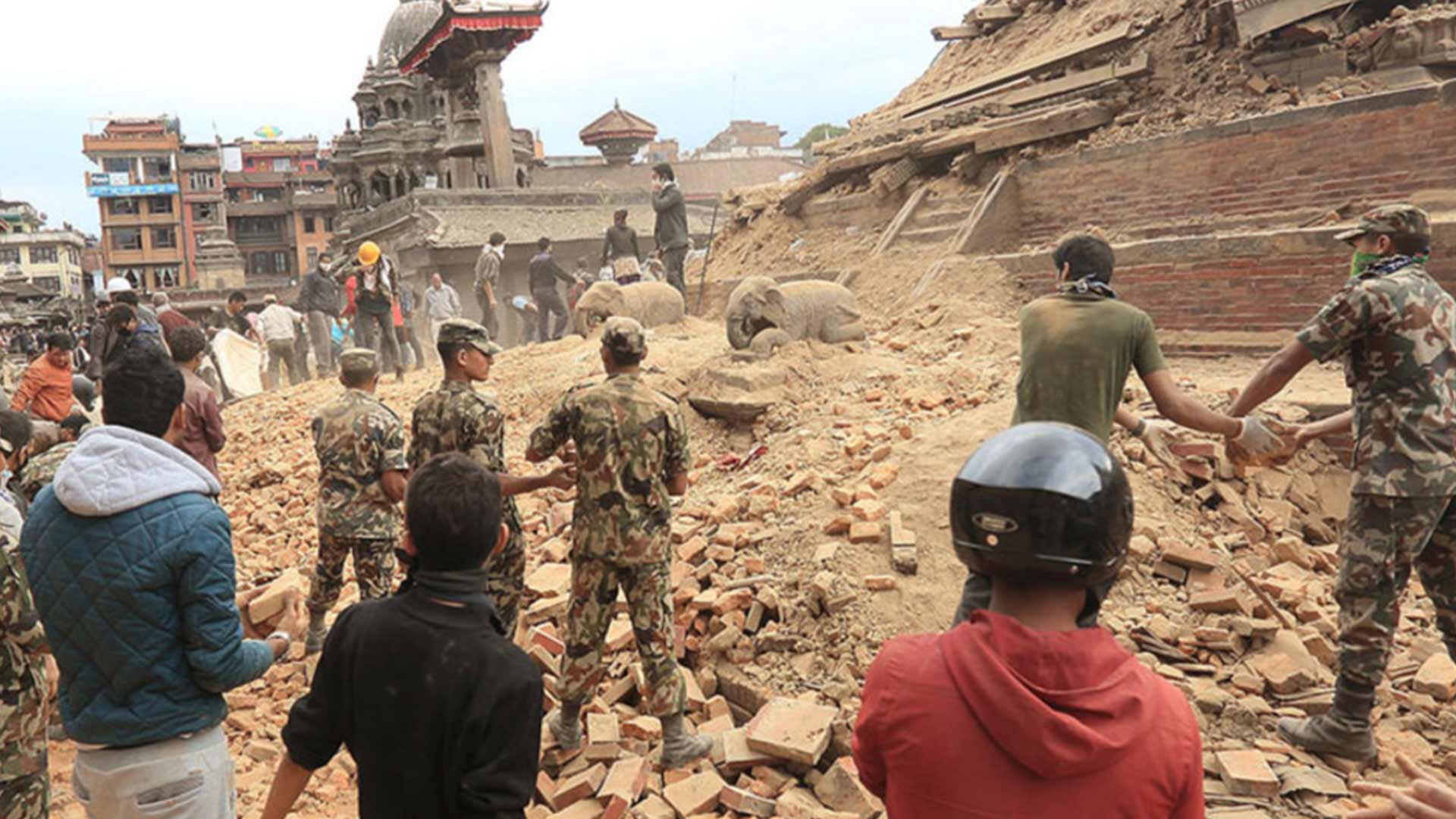 Disasters happen for many reasons, but several factors contribute to the increase of disaster risks. These aggravating factors include:

Natural hazards on their own do not result in disaster. Governance influences the way in which national and sub-national actors (including governments, parliamentarians, public servants, the media, the private sector, and civil society organizations) are willing and able to coordinate their actions to manage and reduce disaster-related risk. Principles of good governance include broad participation, transparency, accountability, efficiency and responsiveness. All are as important for disaster risk reduction as they are for development at large. Good governance is essential for effective disaster risk reduction and sustainable development.

Recent examples have shown that when disaster risk reduction is a priority on the political agenda, populations and assets are better protected and more lives are saved.

Indonesia: President Susilo Bambang Yudhoyono was the first Head of State to convert the Hyogo Framework for Action 2005-2015: Building the Resilience of Nations and Communities in Disasters into a national plan following which Indonesia adopted a new Disaster Risk Reduction law in 2007. President Yudhoyono also increased the amount of money allocated to disaster risk reduction in his national budget and helped build more resilience. In his keynote address at the 5th Asian Ministerial Conference on Disaster Risk Reduction in 2012, President Yudhoyono explained why his administration has made disaster reduction a top national priority: "Disasters in all its forms — tsunamis, earthquakes, forest fires, floods, landslides, volcanic eruptions — are the greatest threats to our national security and public well-being,” he said.

Mexico: Prior to the arrival of Hurricane Patricia on October 2015, the Government of Mexico led by President Enrique Peña Nieto issued multiple warnings to coastal communities. A hurricane watch was first raised at 09:00 UTC on 21 October, 2015 encompassing areas of Michoacan, Colima, and Jalisco. A tropical storm watch also covered portions of Guerrero. As Patricia intensified, the government issued a hurricane warning for areas between Cabo Corrientes, Jalisco, and Punta San Telmo, Michoacan; a tropical storm warning supplemented this for areas further north and east. The hurricane warning was extended northward to include areas south of San Blas, Nayarit, on 23 October. Once the storm moved inland and the threat of damaging winds diminished, these warnings were gradually discontinued on 24 October. Thanks to this huge mobilization and coordination, people were prepared to act and lives were saved.

China: China, which annually faces almost every disaster possible - including earthquakes, floods, cyclones and landslides has learned from the experience of many years of heavy human and economic losses and announced in April 2013 that the country will now aim to keep disaster losses at no more than 1.5 percent loss of GDP. On average, disasters had cost 2.38 percent of China's GDP in the previous 20 years said an expert from the National Disaster Reduction Commission (NDRC) in China.

Lack of governance: What can be done?

Have a national budget on DRR.

Adopt a holistic approach across sectors and levels regarding funding and institutions.

Climate change will create new hazards such as glacier melting, sea level rise and extreme weather events on a scale never seen before. This will aggravate the existing disaster risks and vulnerabilities and expose millions of people never affected before around the world.

In its Fourth and Fifth Assessment Reports, the Intergovernmental Panel on Climate Change (IPCC) predicted that by 2100:

Climate change: What can be done?

Set up early warning systems that reach all people, in time for appropriate action, and accompany the warnings with helpful advice.

Incorporate climate risk in all urban planning and water and forest management processes.

Build mechanisms that will get people out of harm’s way and prepare shelters to protect them when they are forced to move.

Rapid and unplanned urbanization: What can be done?

Have national and local budgets to systematically integrate disaster risk reduction in all aspect of urban planning.

Have safer schools, hospitals, roads, bridges than can withstand any type of hazard.

Integrate seismic risk assessment in the construction of buildings in areas exposed to earthquakes.

Involve people at risk by educating them on disaster risk reduction and in making their own neighbourhoods safer; this effectively empowers people and increases their capacity to respond to disaster.

Make warnings more effective with regular drills and increase community ability to foresee, prepare for and cope with disasters.

Give poor communities access to financial mechanisms to protect houses and incomes.

Poverty and socio-economic inequalities are aggravating disaster factors. They not only make poor people more vulnerable to disasters, they also trap them in a vicious circle of poverty. Reducing poverty will reduce disaster mortality, vulnerability and exposure and help achieve the Sustainable Development Goals.

Poverty and inequality: What can be done?

Establish urban development programmes that reduce the creation of slums in risk areas and prevent the growth of housing on dangerous slopes or flood plains.

Provide the poor with access to lands that are safe.

Involve the poorest communities in building their own capacity to resist disaster since they have most to lose, and to give them a greater political stake in the community.

Give the poorest people full access to early warning systems, preparedness measures and at the same time access to financial mechanisms that can help them protect their homes, health and livelihoods.

Communities can all too often increase the probability and severity of disasters by destroying the forests, coral reefs and wetlands that might have protected them.

Environmental degradation: What can be done?

Recognize the risk reduction function of ecosystems in environmental policies and legislation.

Identify and protect natural buffers such as forests, wetlands and coral reefs.

Restore forests and plant mangroves to shield communities from hazards such as storm surge, coastal flooding and tropical storms.

With contributions from Sigrid Owen (module presenter), and Savyasaachi Jain and Megan Rowling, who updated “Disasters from a different angle: a DRR guide for reporters,” originally published by UNDRR in 2006.